A guest post by  Stephanie Baum
Are women shaking up angel investment? That could be one conclusion made from a new report showing that the proportion of active women angel investors allocating funds to healthcare and biotechnology, among other sectors, nearly doubled in 2012. Angel investors who are women rose from 11 percent in 2011 to 22 percent in 2012, according to the report analyzing angel investment trends over the past year.

Although the increase coincided with a decrease in the overall number of active investors in 2012, it’s a notable development that reflects a long-term trend, according to Jeffrey Sohl, the director of the Center for Venture Research at the University of New Hampshire which published the report.

“One has to surmise that more women are coming in than leaving,”said Sohl in a phone interview with MedCity News. “It’s a healthy development and I’m optimistic that the trend will continue.”

Although women-led angel groups like Golden Seeds and Seraph Capital are contributing to the increased number of women angel investors and more entrepreneurs, Sohl called attention to the influence wielded by women in other angel groups — the focus of a report published by the center in 2011. “When there are fewer women in the group they are not seen as viable players.” But when more than 10 percent of the investors in an angel group are women, they increase the investment activity of the group.

Another factor contributing to the trend is that there are more women than men in universities right now.

Among some of the other significant findings in the report by the Center for Venture Research at the University of New Hampshire, the angel investors who did participate in 2012 contributed 20 percent more than 2011. Average investments were $85,435.

The healthcare category, which includes healthcare services, medical devices and equipment, came second to software as far as investment priorities were concerned, with companies in the sectors getting 14 percent of the $22.9 billion in total angel investments in 2012. Investments in biotechnology companies accounted for 11 percent of investments, closely following retail.

And yet, angel investment at the early stage fell to 33 percent of investments in 2012 compared with 40 percent in 2011, a trend that suprised Sohl.

’It is possible that given the robust returns in the public equity markets, some angels may have reallocated their portfolios and reduced their angel investing activity, but those angels that continued to invest remained quite active,’ Sohl said. “We really need that investment at the seed stage. My hope is that this is an anomaly.”

Reprinted by permission from Stephanie Baum.  She is the East Coast Innovation Reporter for MedCityNews.com where she covers healthcare startups across health IT, drug development and medical devices; and innovations deployed to improve medical care. She graduated from Franklin & Marshall College in Pennsylvania and has worked across radio, print and video. She's written for The Christian Science Monitor, Dow Jones & Co. and United Business Media. 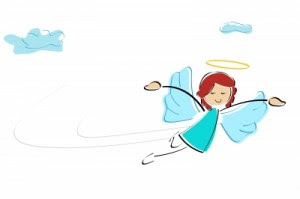 Subscribe to the Angel Investing News
Posted by George at 8:22 AM