Saint Louis, MO.  The recently expanded Arch Angels network invested $5.6 million in 16 new and existing startups in 2012, the largest number of companies the Arch Angels has ever funded in a single year. This additional funding brings the total investments the network has made in its eight-year history to more than $31.5 million in 37 companies.

In 2012, the Arch Angels invested $3.3 million in nine new early-stage companies hailing from the life sciences and technology industries. They invested an additional $2.3 million in seven companies they had previously funded.

The Arch Angels network also saw an increase in membership in 2012, growing its base by nearly 43 percent from the prior year, from 47 members in 2011 to 67 today, creating a more robust source of funds for emerging entrepreneurs. This growth is due, in part, to a merger with local financial services technology angel investing group FinServe Tech Angels. The two organizations joined forces on Sept. 1 to further strengthen angel investing in the St. Louis region.

“The growth of our organization and in the number of investments we’ve made over the past year have been reflective of the growing support for the entrepreneurial base in our region,” noted Gil Bickel, chairman of the St. Louis Arch Angels. “We continue to see new high-quality investment opportunities and previously funded companies maturing and advancing their business models, contributing to the record number of investments this past year and catapulting us past the $30 million mark.”

“We have much to be proud of as a group,” notes Bickel. “We have helped to create ground-breaking technology in multiple fields and, together, have helped strengthen angel investing and entrepreneurial activity in the St. Louis region. I see a bright future for startups and investors, alike, as we continue to come together to offer the support and resources necessary for these companies to move forward.”

Year  2013 is off to a great start for the Arch Angels, according to Bickel. They have invested a little over $2 million in 7 deals so far this year. Four of those are new companies while the other three are follow on investments. 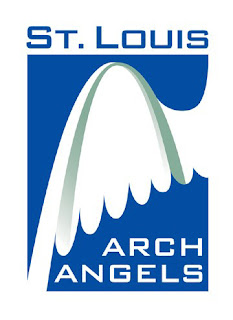 Subscribe to the Angel Investing News, it's Free (mostly)
Posted by George at 1:44 PM

The recently stretched Arch Angels system has been the biggest number of organizations supported in a solitary year. This extra financing carries the aggregate ventures the system has made in its eight-year history. The development of your association and in the amount of speculations you have made over the previous year have been reflective of the developing underpin for the entrepreneurial base in your region.